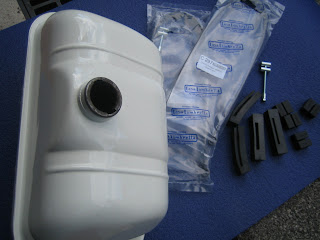 The two split strips go here, down over the outrigger for the side panels. 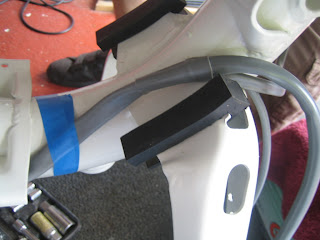 The two slotted rubbers will go here. I am showing them in place for now as it is easier to put the tank in with these lower two not in position. They slip over the bracket and against the outer lip to be in the correct place. 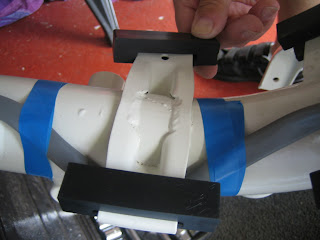 Tilt the tank forward slightly so that the filler neck is clear of the frame and slide in the tank. Then rotate it backwards to more or less the correct position. Now you can put in the two slotted rubbers under the tank. 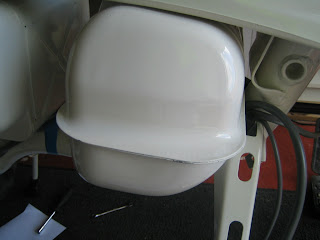 Ensure that the rubbers each side are sat within the ridges on the tank itself. 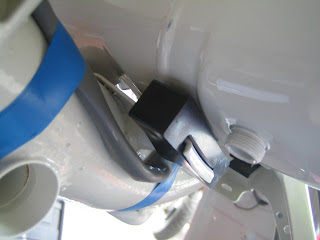 And make sure the opening of the tank is central in the hole in the frame. 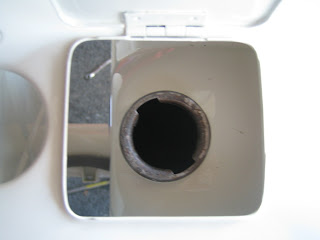 On the flywheel side, place one of the tank straps up through the hole indicated below. Make sure the wiring loom is behind it and is not fouled by the strap. 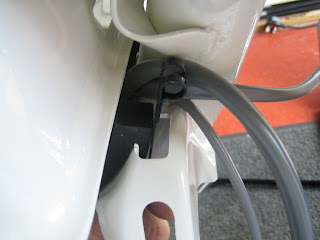 Feed the strap around the tank, gently bending it to the curve of the tank. It travels under the bracket and rubbers. 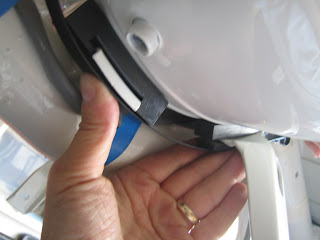 Then up and over the tank, into the grooved channel in the tank. 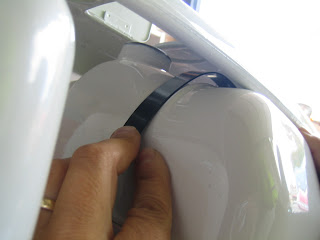 The strap is fitted with a bolt and two dowels on each side. Note that one of the dowels has a larger diameter hole for the bolt to pass through and one of them is threaded. 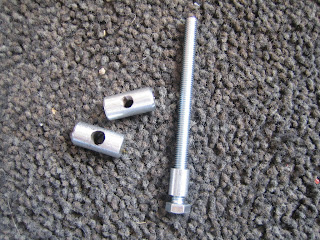 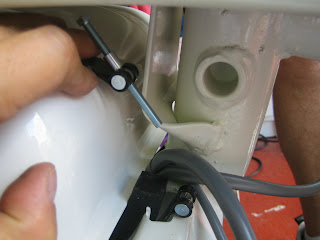 Although the exact position varies from scooter to scooter slightly, this is the correct position for the fixing on the flywheel side of the scooter. Once the nut is starting to bite, just leave it finger tight for now. 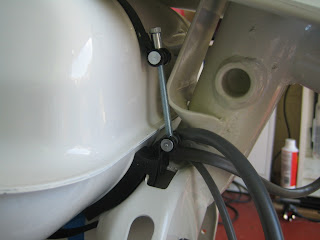 With the bolt finger tight, there should be just enough room to place one of the split box rubbers under the strap and over the lip of the tank in this position below. A second block goes opposite on the other side of the tank lip. 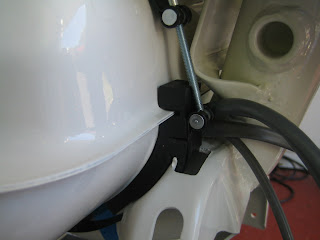 On the kickstart side, the correct position for the tank strap fixing is as shown below. 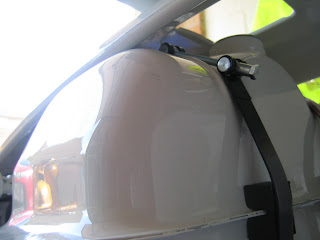 Again, once finger tight, slip in the two block split rubbers. Make sure everything is still in position, check all the alignments and when you are satisfied, tighten the two sides up fully until the tank is secured in place. These do not need to be massively overtight. 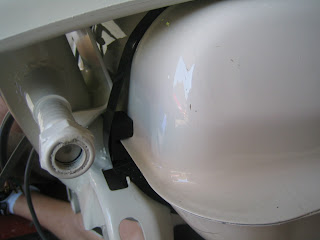 Place the felt lip seal around the tank opening. 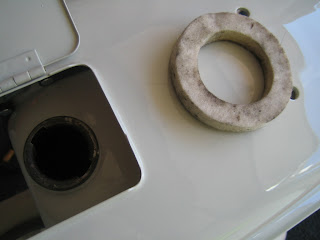 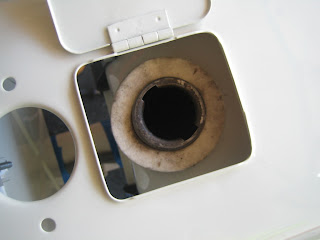 Push in the drip tray. There is a cutaway on one side to indicate the correct way to install this. The cutaway goes toward the hinge of the petrol flap. 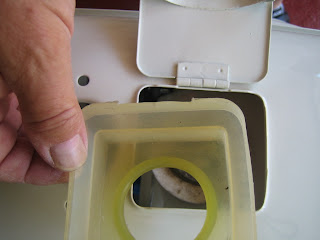 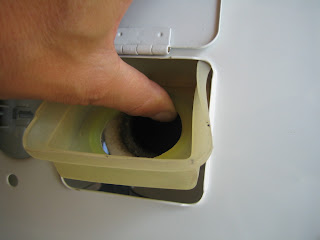 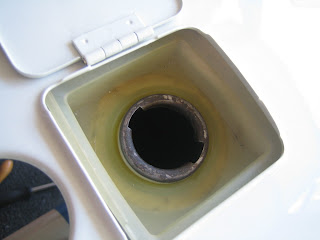 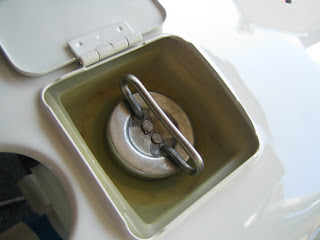 nice one - its a while since I removed my tank, - now got new rubbers and didn't have the foggiest where they were placed - I do now, cheers, - Rit

The Lambretta Club of Great Britain

My sincere thanks to them for kindly allowing me the use of their time, experience and not least, generosity.